From out of nowhere, a low bass tone snapped me out of my deep dark sleep. Unsure if I was actually awake or still dreaming, I lay completely still to give my ears a few seconds to catch up with my still groggy brain.

The blackout hotel curtains prevented me from discerning if the sun was up yet, so I turned towards my watch. Ugh! It was still 8am, so exactly what was going on out there? It took me only a few more seconds of half-asleep focus to figure out what I was hearing. It was singing. But not just any singing… Someone was belting out “My Heart Will Go On” over a crappy, ridiculously loud, speaker system. Not quite the way I had envisioned waking up in Yangon on my first morning, but at least I was up nice and early. Probably for the best anyway, given the sleepless nights and overcrowded airports that were necessary to get to Myanmar. So really, even 6 hours in a comfy bed felt like a luxury at this point.

Lucky for me I had chosen wisely when it came to hotels. Not only is Hotel Bahosi located comfortably within Downtown Yangon, making it very walkable, but the rooms themselves are spacious with real deal hot showers. Breakfasts are also a step above, with both Eastern and Western options, including one of the few decent cups of coffee I had throughout my time in South East Asia. And believe me, a few cups were definitely needed this morning.

After slurping down my coffee and a deliciously spicy bowl of mohinga (a fish based noodle soup that’s just about everywhere in this part of Myanmar), I finally made my way outside to see what the commotion was about.

A small stage had been constructed only a few hundred feet from the entrance to the hotel, where a large cluster of people had formed. With the Celine Dion performances all finished, the group was now focused on the chalk outline of what appeared to be a makeshift race track. Both adults and children were taking turns running different types of races – sometimes relays, sometimes speed walking while trying to keep a candle lit. But when it came down to it, everyone seemed to be the most captivated by the all out sprints. I continued viewing all of this from a distance, still wondering what exactly this revelry was for. It didn’t take long though for my very presence to start generating stares (at over 6 feet tall, I don’t quite blend in with groups of South East Asians).

Eventually a friendly middle aged man with a huge smile on his face came up and welcomed me. After exchanging introductions, I asked him why everyone was celebrating.

“Today is Burmese Independence Day! Very happy time for all of Myanmar!” Now, I’d like to think that I’m fully prepared and well researched when I travel. I’m probably over researched. But being in Myanmar for Burmese Independence Day was just a completely unexpected surprise.

In fact, it turned out that this Burmese Independence Day was actually a particularly important one for all the people here. Even though this resource rich country gained their independence from the British in 1948, a 1962 military coup established a fierce dictatorship, leading to a civil war that still continues today in parts of the country.

Though looking at much of the recent news coming out of Myanmar, and even the faces of just about everyone in the crowd, things are beginning to look up.

After over 50 years of ethnic conflict, both international sanctions and internal pressures has resulted in sweeping political reform. In November of 2015, Myanmar held its first openly contested election since 1990 (then overturned by the military junta) with a record 80% voter turnout. The outcome was a landslide victory for the National League of Democracy, marking what will hopefully be an end to decades of brutal military rule.

So yeah, I’d say a bit of celebration is in order for this particular Burmese Independence Day. When I returned later that evening, the excitement level had mellowed, but the crowd was still there. Rows of plastic chairs had been set up to face the stage, and large bright lights illuminated the entire area. Before too long, a few people from the crowd I had encountered earlier noticed me and motioned over to one of the empty seats near the front row. Going with the flow, I sat down and continued to observe  what was happening on stage. An older man, who appeared to be the night’s MC, had taken the stage and began an emotional speech. I couldn’t pick up what he was saying, but the audience remained completely captivated.

Once he concluded, another man from the crowd was introduced and made his way up to the stage. Looking out towards the audience and then back at the mounted LCD screen, he gingerly took the microphone, placed hand on hip, and began a very serious rendition of Holiday by Madonna. “Everybody spread the word
We’re gonna have a celebration
All across the world
In every nation
It’s time for the good times
Forget about the bad times
One day to come together
To release the pressure
We need a holiday
If we took a holiday
Took some time to celebrate
Just one day out of life
It would be, it would be so nice”

Times they are a changing in Myanmar. Judging from this crowd’s celebration of Burmese Independence Day 2016, it seems this can’t come soon enough. 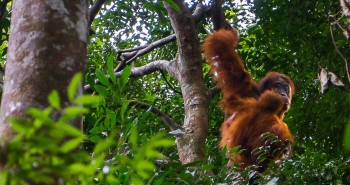 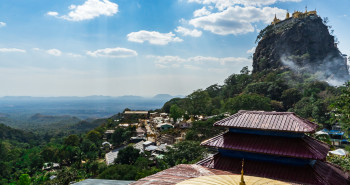 The Breathtaking Castle In the Sky on Mount...