“Whatever you do, when you get to the top of the staircase, do not turn left.”

Not exactly the kind of instruction I was expecting when we arrived at this deserted temple to see the sun set over Old Bagan. Also, not something I wanted to hear as I got ready to ascend a dark ancient staircase that looked to be right out of a movie set. Surely Aung was at least going to join me, just to ensure that I wouldn’t be heading up into the great and potentially dangerous unknown by myself… right?

“You go ahead. I will wait for you down in the car.”

It was my first full day in Myanmar’s ancient city and I was pumped. Finally I was going to get out and explore one of the main reasons I’d traveled here – 2,000+ crumbling stone Buddhist temples spread throughout a 40 square mile archeological zone known as Old Bagan.

The local tourist industry appears to have thus far welcomed this boom with open arms, offering up various ways to explore the area. Balloons Over Bagan provides arguably the most iconic view, with a 45 minute cruise over the top of Old Bagan at sunrise for $320 USD per person. If you’re like me though and on a relatively tight budget, there’s more than enough at ground level to keep you amazed. Electric bikes (think plug-in motor-scooters with 2 seats) can be rented through just about any hotel/guesthouse for around $15 USD per day and make getting around extremely convenient. Old fashioned peddle bikes and are also available, though I didn’t check the price.

I ended up going with a different option altogether and hired a driver through my hotel. I hadn’t initially planned to do this, but I needed a ride out to Mount Popa for the next day anyway, so I was able to get both trips for around $75 USD. More than I was looking to spend for the day, but at least I had someone who knew the area and and a vehicle with solid AC – both important on a scorching hot day like this.

Finally, after all I had been through to get here, I was ready to see what Old Bagan has to offer.

We started the journey off with one of the largest structures within the archeological zone. Constructed during the 12 century, Sulamani Temple just oozes the type of ancient grit that instantly transports you into your own personal Indiana Jones movie.

The interior, with uniquely intricate designs splashed over every available surface, is really what makes Sulamani one of the most impressive temples in Old Bagan.

The interior layout is square shaped, with a different high-ceilinged chamber on each side. The chambers themselves are intricately decorated and hold an image or statue of Buddha facing outside.

All of these chambers are connected by long hallways were the decorative patterns and designs continue.

To think that all of this immensely detailed craftwork is almost 1,000 years old and still relatively intact!

Because Sulamani is one of the more popular temples in Old Bagan’s archeological zone, you will have to walk through cluster of tourist shops that line the walkways of each entrance/exit. Similarly to Shwezigon Pagoda though, the vendors aren’t all that pushy and you don’t even notice them once inside.

After spending a fair bit of time in the cool interior of Sulamani, I was feeling like I had nailed down a pretty good method for beating the heat of Old Bagan. As long as there was an open temple nearby, I could always duck inside for some shady relief. That, combined with the chilly air conditioned car, and things were looking pretty under control.

So it was a bit of a surprise when Aung pulled over to the side of the road and pointed out towards a sun drenched dusty path.

“You must walk from here. Many temples”

So much for staying cool… Luckily the next temple, Khay-Min-Gha, wasn’t all that far.

Unfortunately there just wasn’t all that much to see here. The entrance gate was completely locked up and I couldn’t find another way in to check out the artifacts supposedly inside that make this temple so unique. Oh well…

What I did see though was another amazing looking structure off in the distance.

I continued down the dirt path until it began to curve off in the opposite direction of this temple. From what I could see, there really weren’t any other ways to access it, so I just began to carefully cut through the dry fields.

The closer I got, the more impressive this mystery temple looked. I couldn’t shake the feeling that I’d seen it somewhere before though…

Finally reaching the outer wall, I walked along until I found an entrance, complete with a storage area for footwear. I popped off my shoes and began to walk inside, making it no more than 5 steps before I realized where I had seen this temple before…

It was Sulamani – the temple I had just visited.

Somehow, someway, I had managed to backtrack to where I had started off a few hours ago. Unsure if I was feeling disappointed or just embarrassed… or a bit of both, I put back on my shoes and began to walk all back towards Aung’s car.

One thing was for sure though: Dr. Jones would have been very disappointed.

Aung laughed as I relayed what just happened.

“Well I have good news for you then. Next is Pyathada, my favorite temple here.”

Pulling up along the outside entrance though, it certainly didn’t seem like this place was such a big deal. No other shops, or crowds. Just a few propped up electric bikes and a lone little kid munching away on his snacks, keeping a watchful eye on all passerby.

Through the entrance archway sits a beautiful carved buddha in the center of a large brick chamber. I absolutely loved all of the different textures, and it acted as a reminder that everything here was all made by hand centuries ago.

Ducking past the statue brought me to a staircase, and it was at the top that I could see what specifically makes Pyathada Paya so special…

The view from the rooftop was a full 360 degree scene of Old Bagan. It’s from here that the real scope of the entire area comes into view – Over 2,000 temples from the 11th, 12th, and 13th centuries that are all still standing today.

By far one of the most incredible and otherworldly landscapes I’ve ever seen.

While we still had an hour or so before sunset, piles of other tourists were already making their way up to claim a seat for what was sure to be a spectacular show. I was certainly more than ready to join the horde, but Aung had other plans for me.

Driving along another dusty path, we eventually pulled up in front of a rusted steel barrier gate. Off to the side sat a makeshift tent with an older woman washing cloths inside.

Aung quickly popped out of the car and walked over to the woman. After a brief back and forth, she hands him a key, which he then uses to unlock the gate.

“You can view the sunset from this private temple.”

As the car slowly pulls forward, a small pagoda begins to peek out from around a cluster of heavy vegetation ahead. Making our way towards the entrance, Aung lets me know that he will be waiting in the car and provides me with my warning about what not to do when I get to the top of the stairs.

I hesitantly exited the car and climbed up the claustrophobic ancient brick stairway, making sure to follow Aung’s advice by taking a right turn at the top. Curiosity got the best of me though and I just had to turn  back around to see what my fate would have been had I not followed directions…

It was a massive hornets nest. Far enough away so that my presence hadn’t disturbed the active inhabitants, but still a bit too close for comfort.

Exiting the staircase, I was now up on the rooftop of the small pagoda. The view was once again amazing, only this time I had the entire place to myself.

Or so I thought. After 15 minutes of just sitting around and enjoying my place in the universe, a small kid appeared seemingly out of nowhere.

“Hey. You know this is my temple? Where are you from?”

I smiled back and told him that I was from the United States. He must be proud to have such a beautiful temple all to himself.

Just as I was in the middle of responding, thanking him for the warm welcome, he began digging around in his satchel. Before I could even finish the rest of my sentence, this kid, no more than 10 years old, showed the real reason why he had approached me.

Even up here on top of a semi-private pagoda, I just couldn’t escape the sales pitch to tourists. This kid really meant business and clearly wasn’t going anywhere until he had closed a deal.

After a bit of back and forth, we settled on a deal. I’d give him 2,000 kyat (about $1.60 USD) and he’d continue on his way so that I could return to sunset viewing. At first he balked at this and wanted more, but eventually agreed when he came to the realization that it was this or nothing at all. Grabbing the paper bill, the little salesman quickly made his way back downstairs and over to his bike which had been leaning against one of the nearby walls.

As he peddled off down the dirt path, the sun began to set over Old Bagan, closing out one of the most visually spectacular days I’ve ever had.

If checking out the ancient temples of Old Bagan is on your travel wish list, make sure to get out there sooner rather than later. As Myanmar’s tourism industry rapidly expands, new restrictions on what visitors can and can’t do within the archeological zone are continuing to be put in place. Even since my own trip, the government has banned climbing up all but 5 of the most popular temples.

A preservation strategy is clearly needed for these ancient structures, if only to limit the wear and tear from the massive influx of curious tourists. Still, I can’t help but feel that some of the adventurous spirt has also been taken away. 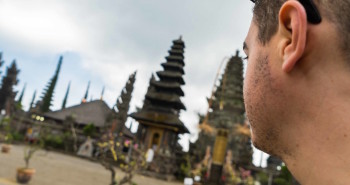 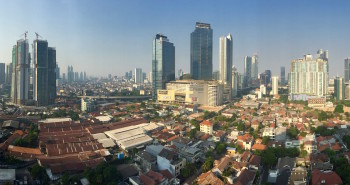