Turning up the lonely dust covered path to our first Death Vally stop, Tristen and I couldn’t help but notice the multiple pairs of shoes all stacked above the hand crafted Welcome sign.

It was a creepy and unexpected sight, especially since Rhyolite ghost town hasn’t had a single resident to call home since 1924. The drive here wasn’t any less eerie – certainly a far cry from the florescent, ever crowded streets of Las Vegas we had left behind. Slowly zig-zagging our way through Death Valley, the sight of another vehicle, let alone signs of life in general, became rarer and rarer the deeper into the National Park we got. After a few lonely hours, we finally pulled up to Rhyolite ghost town – one of many abandoned gold rush hubs that are spread throughout Death Valley. Rhyolite tends to be especially popular with tourists and ghost hunters due to its standing as a Historic Townsite, which has protected many of the ruins within. Moving past that creepy Welcome sign with all the shoes, we pulled up into an extra long dirt parking lot and got out of the car. Looking around, the entrance of Rhyolite ghost town isn’t exactly what we were expecting.

Spread throughout the entire area, white cloaked figures and other pieces of modern art are presented as part of the Goldwell Open Air Museum – a collection of outdoor sculptures that are meant to depict… something. Honestly, this kind of art often just doesn’t click for me, and these pieces weren’t doing anything to change my mind.

Ghostly cloaked invisible figures at the entrance of a ghost town? Seems kind of tacky… A quick walkthrough of this artsy area was more than enough for me. I was here to see a ghost town, not a surreal 2-story tall naked block woman.

Before moving on down the road though, we figured we’d at least peek our heads into the Visitors Center. With all of those shoes stacked on top of that Welcome sign, maybe a large group of wayward campers needed rescuing from Leatherface and his family of creeps. Surprisingly, despite the unwelcoming Welcome sign scribbled on the front door, everything seemed pretty standard inside. Old faded pictures of Rhyolite ghost town with printed descriptions adorned the counters and walls. There were even a handful of Native American flutes for sale, which the volunteer overseeing the Visitors Center eagerly demonstrated for us. After sharing a few tunes, the friendly local volunteer gave us a a bit of history on the area. A former mining town founded in 1904, Rhyolite quickly rose to recognition during the peak of the gold rush. By 1911 though, the once flourishing mines had been drained dry, forcing almost the entire population of 3,000+ to seek work elsewhere.

Since then a few newer buildings have been constructed by locals in an attempt to reclaim Rhyolite as a livable area, however these too were eventually abandoned and have since fallen to decay. Because these more recent structures are positioned between the Visitors Center and the old town, walking past almost felt as if I was slowly transitioning back through time. Moving past the more recent debris, we eventually made it to Rhyolite ghost town… Or what’s left of it anyway. There’s even an elderly, and partially reconstructed, Union Pacific caboose nearby the old train station. This apparently acted as a single pump gas stop when the station was briefly converted into a casino during the late 30’s. Now, like the surrounding town, it just sits around. My favorite part of Rhyolite ghost town wasn’t technically within the town itself, but above it. In the mountains overlooking the crumbling buildings, you can still see 2 of the long empty mine shafts which brought this area their fleeting fortune. Seeing that the trails that had been carved into the mountain still seemed walkable, I knew I just had to have a closer look.

Leaving the main road, I cut across the scrubby landscape and made my way towards the base of the mountain. As I approached the trail to the lower mine, I couldn’t help but notice what was on either side of me. A bit ominous? Perhaps. But it certainly wasn’t going to stop me from pushing onward.

The way up to the lower mine wasn’t all that difficult and, even though the open entrance was surrounded by barbed wire, curious visitors (ghost hunters perhaps?) had clearly snuck underneath and made their way inside. Not wanting to risk getting up close and personal with anything living or otherwise, I continued up the path towards the upper mine. At the top stood an almost identical shaft,  just as welcoming as the lower one. I began to move in towards the entrance this time, close enough to see that while some of the ceiling had collapsed in, there was definitely still a wide hole that opened into inky blackness.

Close enough for me. I turned around and walked back out towards the edge of the mountain. Below me stood Rhyolite ghost town, crumbling away, just as it has been doing for the last 100+ years. With the sun now quickly beginning to set, it seemed about time for us to take our leave. While this dusty little patch of land sure seemed calm and peaceful by day, I definitely didn’t want to be around to see what crawls out of these mines once darkness hits… 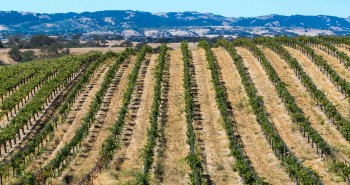 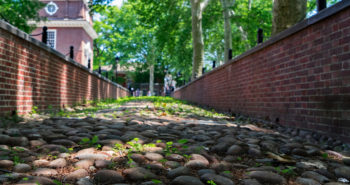 My Past and Future Collide at BlogHouse...