Journey to Freedom: Life in a Thai Karen Village

Thus far, my time with the Journey to Freedom program, Elephant Nature Park’s “premier volunteering experience,” had been incredible.

Even though the weather had been wet and dreary, this couldn’t stifle the raw excitement I felt of actually getting to interact with Asian elephants in their natural habitat. While this is definitely the major selling point that convinces visitors to fork over 15,000 THB (about $425 USD) for the 7-day excursion, there is another aspect that had me just as excited. As part of the overall experience, volunteers spend 5-nights embedded in a small Northern Thai Karen village, providing a unique perspective not offered by other programs in the area.

From the Elephant Nature Park website:
Volunteering at Journey to Freedom is a unique project which features daily elephant interactions, learning about agriculture and community, developing local school children learning experiences and living in a cultural exchange at a tribal village in the mountains of Chiang Mai.

Being the culture shock lover that I am, I was all in.

Located about 2 hours southwest of Chiang Mai sits Baan Mae Satop – one of many hillside Karen tribal communities that are spread along the Myanmar and Thai border. Appearing as a cluster of stilted wooden houses all connected by well-worn dirt roads, the 200+ villagers still primarily support themselves through farming and the production of phak kat dong (pickled sun-dried mustard greens), sold in and around the nearby towns.

This was my groups’ home for the next week… sort of. We weren’t so much in the Thai Karen village itself – instead taking over a small base camp located along the outskirts. Still, it felt worlds apart from the busier Southeast Asian cities and towns I’ve been exploring recently, not to mention the westernized cities I grew up around.

I’m consistently amazed by small rural villages like these and get to thinking about everything I’ve told myself I could never really live without. The internet? A refrigerator? Game of Thrones? Not around these parts. Instead, the air is filled with the sounds of children playing, the smell of wood-burning fires, the feeling of the outdoor elements, and the endless greenery everywhere.

Warming-up in the Classroom

When it came time for our first embedded experience, the sun had yet to make itself known over the soggy hillside. Still, we all piled into the back of a pickup truck and made our way through the Thai Karen village. Pulling up to a shallow muddy hill, Johnney (one of the Journey to Freedom group leaders) pointed towards a small unmarked building.

“Need 6 people for the first classroom.”

I quickly volunteered and hopped out with 5 other group members, along with Joe (another program leader). Quickly making our way up the hill, we came to the entrance of the classroom. Inside was a single large open room with pink patterned tiles lining the floors. The walls were covered with the same multi-colored, large lettered, infographic sheets that you’ll find in just about any classroom around the world. Looking around, these kids appeared to be learning English, as well as Thai.

Waiting for us on the opposite side was the teacher, her assistant, and a handful of extremely shy children, each no more than 5 years old. This small group seemed absolutely dwarfed by the size of the large open classroom, so it was a bit surprising that there weren’t more students. Seeing our confusion, the teacher spoke up.

“Bad weather. Many village children get sick or cannot get to school because roads so bad.”

Not having a larger amount of kids put both the ones that were there and us in a bit of an awkward position. Think if you were them and, out of nowhere, a group of 5 strange adults who don’t speak Thai enter your almost empty classroom and begin awkwardly trying to interact with you. Chances are you’d be a bit suspicious at first…

Their teacher knew exactly how to deal with this situation and broke out paper with crayons, rubber balls, and some well-worn clay – the holy trinity for this age group. To say that the icy rift was quickly melted would be an understatement.

By the time our pick-up arrived a few hours later, the mood of the room had completely shifted. All hesitancy and suspicion had transformed to openness and laughter.

A few days later, we stopped in at a different school made up of older kids and teenagers from the Thai Karen village. Once past the awkward giggling phase, conversation ranged from favorite music (theirs was Justin Beiber), to movie (Minions), to what career they wanted after school (most said nurses; 1 said veterinarian; 1 said farmer). Of course, all of this was interspersed with plenty of teenage gossip – all in Thai – helping to ensure that we had no chance of picking up even the slightest morsel.

We soon found out that, in addition to continuing with their English, they had begun to learn Chinese. When one of my group members from Hong Kong began going over simple sentence structure, the students attentively copied everything in their notebooks to be studied later.

Before too long, our time here was up as well. Each of us said our goodbyes before heading back to base camp, where we would need to begin packing everything up. The next morning we’d all be heading off to Elephant Nature Park’s main site, where we’d be getting a firsthand look at the core sanctuary in action.

Embedded, But Only a Brief Introduction

I absolutely love that part of the Journey to Freedom program is dedicated to interacting within the Baan Mae Satop village, though I definitely left wanting a bit more. Outside of the 2 classroom opportunities, which were great experiences, and a brief introductory walk around, there’s really not much else on offer. Yes, the major selling point here is time with the Journey to Freedom elephants, which is TOTALLY delivered on. I just wish I could say the same about the “embedded” aspects within the Thai Karen village itself.

How You Can Navigate Here 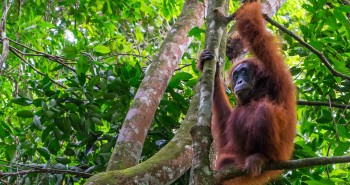 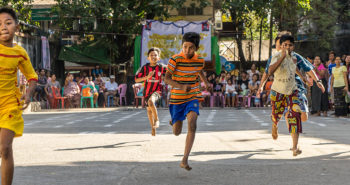 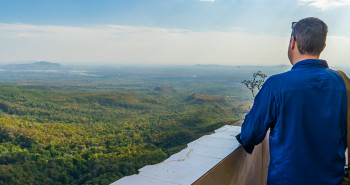