What’s For Sale at the Awesome Yangon Street Markets?

It turns out a whole lot! Especially for the partially covered, non-refrigerated, wooden stalls that make up the long rows of Chinatown’s Yangon street markets.

As with any kind of market, what’s for sale is only part of the experience. There’s also the people watching and general environment that helps to create such a memorable sense of place. So you’d better believe that these markets have all of this going on! Still groggy from the outdoor karaoke performances that kept me up late into the night, I began to make my way towards the downtown train station. I needed to purchase an advance ticket to Mandalay, but that was only going to take a few minutes, so there was plenty of additional exploration time to work with.

One area of the city that I knew I wanted to check out was the bustling Yangon street markets along 19th St Chinatown. Local markets are places that I always make a point of visiting when I travel, as they’re often tiny cultural microcosms that offer up quick snapshots of regional tastes (both literally and figuratively).

It just so happened I would be passing by these markets on the way to the train station anyway, so this sounded like a perfect way to wander away the rest of the day. At first glance, downtown Yangon seems much like your typical South East Asian urban area. Hoards of cars and people intermingle throughout much of the day, making it just about impossible to travel anywhere without the constant sound of blaring horns. Food stalls are liberally sprinkled along each street, accompanied by miniature plastic tables and stools that does my 6+ foot frame absolutely no favors. Mysterious smells lurk around just about every corner – sometimes delicious, sometimes awful, but always intriguing.

But there is just something about Yangon, Myanmar’s largest city by a wide margin, that has it feeling unique. Maybe it’s that lived-in grit that exudes from each and every one of the towering tenements that seem to extend far into the distance. Or perhaps it’s the energy that’s still flowing through the streets after their very recent historic landslide election removed Myanmar’s oppressive military regime after over 50 years in power.

Energetic is definitely a good word to use to describe the Yangon street markets. By the time I hit 19th St, the walkways were already packed with people all trying to get their hands on the best of what each stall still had available. The trick here is really just to jump in with the crowd and go with the flow. Before too long, I was already being drawn into the vibrancy of all the beautiful and brightly colored produce. Also impressive were the HUGE avocados (and being from California, you’d better believe that I love me some avocados). Past all of the produce is where things started to get a bit more gristly – the meats and seafood section. Honestly, these areas out here always make my skin crawl a bit. It isn’t the whole butchered flesh and various odds and ends on full display that would remain in the back of most western markets. Or even the acrid odor that wafts throughout the entire area. Nope. Yeah, this just has me feeling a bit skeevy. Too much exposure to the warm outside air and those ever present insects.

Chickens being rinsed and stacked up along the street? Definitely not what I thought about as I slurped up my bowl of chicken noodles for breakfast.

How about a basket of live river crabs? At least these haven’t been laying here dead for who knows how long. So yeah, I’d probably eat these (especially with lots and lots of garlic…).

But sun-kissed shellfish that have been sitting out in a wooden tray table? Or fish jerky drying on top of someone’s car? Sure, this may make me sound like a spoiled western tourist, but it’s these things that I absolutely love about markets such as this. Complete culture shock, and I couldn’t be happier. Another integral part of any of the Yangon street markets are the cheroot vendors. These guys are spread throughout each of the narrow walkways and consistently have a small lineup of people waiting for their small cigar to be rolled. Each vendor has a large wooden tray covered by partially dried leaves. When an order is placed, a leaf is coated with paste, filled with both tobacco and flavored wood chips of the purchaser’s choosing, and then rolled up tightly. Boom, you now have acheroot ready to be smoked. Often sold as single cigars, these cheroots are absolutely everywhere throughout Myanmar. Having made my way up and down the narrow alleys of the Yangon street markets, it was about time for me to continue towards the train station. Squeezing through the crowd, past large indoor stalls churning out paper thin crepes, I finally made it to where the market thins out. A few steps later and the streets once again returned to the automobile congested throughways that I’ve come expect.

It’s about this time I recognized that being around all that colorful food had left me starving. Remember how squeamish I was when making my way through the meat market? Well that all changed after passing by a cart selling some of the most beautiful freshly fried chicken I’ve ever seen. I even stood there for a few seconds, as if to weigh the pros and cons of devouring one of these golden crusted hunks of fried meat.

Honestly though, I was already fishing out payment after “golden crusted fried meat” hit the pro column. Sure, this was probably one of those chickens that had been stacked up down the street. But you know what…? Totally worth it. 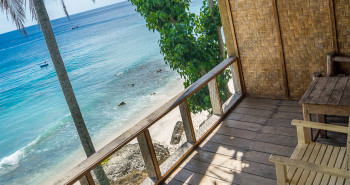 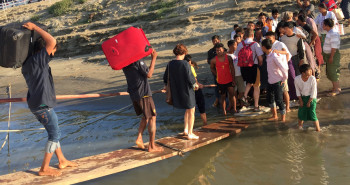 How to Avoid Chaos With the Bagan Entrance...