Warning: Creating default object from empty value in /home/customer/www/globeslice.com/public_html/wp-content/themes/throne/include/options/ReduxCore/inc/class.redux_filesystem.php on line 29
 Why I'm So Excited About Traveling to Bulgaria - GlobeSlice

Why I’m So Excited About Traveling to Bulgaria

“Why are you traveling to Bulgaria? Where in the world is it? Are they known for…anything?”

These are the types of questions I hear whenever my next travel destination comes up. The truth is, I’m not 100% sure about any of these. Like many of the Balkan countries, Bulgaria represents a big question mark for most Westerners – myself included.

So, what exactly convinced me that Bulgaria needs to be my next destination? What exciting experiences will you be joining me on over the next few weeks?

Bulgaria is dripping in ancient history

Throughout Eastern Europe, human activity is traced back all the way to the Paleolithic era. What makes Bulgaria significant is its strategic positioning. With both Greece and Turkey directly to the south, it’s acted as a gateway to numerous historic empires, all of which have left behind a mixture of cultural artifacts and influences.

Especially exciting though is that many of these ancient artifacts are still intact and viewable. In Bulgaria’s capital, a large portion of the ancient city of Serdica was recently discovered while excavating a new subway station. In the center of the country is the city of Plovdiv, considered to be one of the oldest continuously inhabited cities in the world. In the southern mountains sits the Rila Monastery, a cultural symbol of the Bulgarian Renaissance which has experienced uninterrupted history from the Middle Ages.

Best of all, this just scratches the surface. Part of my excitement with traveling to Bulgaria is that I don’t always know what historically significant element I’ll run into next.

Bulgaria’s coastline is built for relaxation

If you’re traveling to Bulgaria in the summertime, it’s just assumed that at some point you will be visiting the Black Sea coastline. Maybe it’s because over a third of the coastline is made up of sandy golden beaches. Or that many of the settlements and villages date all the way back to the 7th century. Either way, it sure does sound like there will be plenty to explore!

Starting from Varna in the north, I’ll slowly be working my way down through Bulgaria’s 5 main coastal destinations to see what makes each unique. Of course, as exciting as each of these are, I still need to figure out the best ways of traveling between these Bulgarian beach towns. Luckily, I’ve got plenty of options there, but a bit more on that below.

Will the Bulgarian Black Sea coast live up to the hype and be worth spending valuable vacation time exploring? I sure hope so!

Bulgaria has a background in winemaking

I know just about nothing of Bulgarian wine, despite the fact that it’s been produced here for over 3,000 years. In fact, before the fall of Communism in the 1980’s, Bulgaria was one of the world’s largest wine producers. So they must be doing something right.

Being based only a quick drive from California’s wine country, I know my way around a good glass of vino. That’s why I’m super excited that I’ll be spending some time in the small town of Melnik, located within the Struma River Valley wine region.

Bulgaria has a wide transportation network

If you’ve read my Myanmar Land, Air & Sea guide or even this very blog’s Welcome page, you know how much of a transportation planning geek I am. And, while my inner masochist will always enjoy the challenge that something like developing infrastructure brings, I’ll never turn away a solid transit network like Bulgaria’s. Between the train, bus, and taxi, you can get just about anywhere in the country.

You can bet that I will be all over every aspect of this. Not speaking Bulgarian or knowing the Cyrillic alphabet may present a few challenges, but that’s always part of the fun!

Bulgaria is one of the cheapest countries in Europe

Bulgaria hasn’t been the most economically stable place over the last century. Between losing a series of brutal wars and being allied with the former Soviet Union, the country had fallen on some hard times. Within the last 15-years however, there’s been quite a bit of positive forward momentum. Now a part of both the EU and NATO, Bulgaria is seeing an influx of new business and stability, along with rapidly growing tourism.

This looks to be offering up what I hope will be a bit of a sweet spot, in that prices and general perceptions are still playing catch-up.

Will all of this excitement around traveling to Bulgaria come to fruition?

Only time will tell, but I can’t wait to find out and share everything with you all over the next few weeks!

25 Photos That Will Make You Want to Visit... 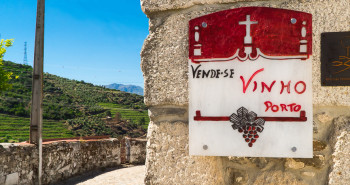