If you’re like me, the thought of traveling all the way to Africa and visiting a Zanzibar spice farm seems kind of… mundane. A big plot of land with a ton of different spices on it you say? Maybe next time.

The thing is, spices have historically been and still are an important aspect of existence to everyone living in Zanzibar. The economic and cultural significance of these runs deep. So much so that many people living throughout this area of the world refer to Zanzibar simply as “The Spice Island.”

So, when we found ourselves with a bit of unplanned free time and learned that Matemwe Lodge arranges tours of one of the more rural farms, we figured it was worth checking out. As we cruised along the bumpy road, Matemwe’s guide gave us a brief history of these Zanzibar spice farms. Cloves were the first major crop, with plantations established by the Sultanate of Oman after taking control of Zanzibar in the early 1800’s. Before too long, they had become the largest producer of these in the world, becoming one of the islands primary exports. This eventually lead to other spices, such as pepper, ginger, cinnamon, and vanilla being introduced; all of which led traders to nickname Zanzibar the Spice Island.

These days tourism ranks as the number one economic generator, but many of these old spice crops still stand, now owned entirely by the government.

Upon arriving at the Zanzibar spice farm, we were greeted by a couple of very happy children, happy to see the new visitors. Just as with the kids of Matemwe village, one of them excitedly asked me to take their picture. Snapping a quick photo, I bent down to show her the image I had captured. She looked on inquisitively and, after seeing her own face in the LCD screen, recoiled with a loud giggle. With only a quick glance my way and a shy smile, she turned around and ran off.

After that adorable introduction, we met up with Fadhil, one of the workers at this particular spice farm. He’s young, barefoot, and infectiously happy, but with the tough well-worn hands of someone two or three times his age.

Before we knew it, Fadhil was walking us through fields of lemongrass, with jackfruit and banana tress overhead. We eventually reached a long vine strung up on branches that had ben placed horizontally above ground, allowing long pods to drape downwards. “Vanilla,” Fadhil said while pointing at the green strands. He then explained that this was the most difficult spice to grow, as they only have one chance to pollinate the flower after it has blossomed. Even then, the bloom is only open for a few hours before it dies off, which means that every single one has to be painstakingly pollinated by hand. I asked him how this was done and, without saying anything, he picked-up a stick and began to touch each flower with the tip.

He then pointed up to one of the nearby trees, where little red furry pods could be seen extending from the branches. Fadhil walked over to one of the lower hanging branches and reached into his back pocket, pulling out a beaten-up knife. He quickly plucked off one of the pods and sliced it in half, revealing two segments filled with bright red berries. “Lipstick tree. We use the berries to color our food and during ceremonies.”

“Like, you eat the berries during ceremonies?” I asked. Fadhil gave a quick head shake and then squeezed one of the berries between two of his leathery fingers, causing a bright colorful juice to ooze out. He then dragged his finger across his face, creating deep red lines that contrasted with his dark complexion. Without cleaning his face, he continued moving us forward, now past large bushes of bird’s eye chili, multicolored peppercorn, and soursop trees. It was now clear that we were nearing the end of the tour and our car was in sight. As if realizing he had forgotten something, Fadhil perked up and gazed at one of the overhead trees.

“Wait here,” he exclaimed before darting up the nearby trunk, bare feet and all. After a quick minute or so of searching around the treetops, Fadhil had found whatever it was that he was looking for and gracefully descended. In his hand was what looked to be an apple or apricot.

“Do you know what this is?” he asked with a smile.

“Some sort of fruit?”

I had clearly guessed incorrectly, as his smile had gotten wider. He once again grabbed his knife and split the apple looking object in half, revealing a truly alien looking seed of some kind.

“Can you guess now?” I looked up at him, now completely stumped. What insane African… thing is this? Is it even edible?

Seeing my continued confusion, Fadhil popped the seed out, removed the red stringy membrane and handed it to me.

I hesitantly placed it near my nose and took a small whiff. It smelled of fall time, like pumpkin pie and apple cider.

Fadhil gave a large toothy grin. “Yes! You must be careful though. We use this to give the men energy. You do not want to eat unless your wife is nearby…” As we say our goodbyes to this Zanzibar spice farm and begin to pile into the car, Fadhil has one last parting gift. Throughout our tour, he had been collecting long strips of palm leaf and working on something that I had just assumed was due to boredom. In fact, he had knitted a beautiful over-the-shoulder basket and filled it with many of the spices and fruits we had sampled that day. As I thanked him for the unnecessarily kind gesture, he leaned in close and murmured something that only he and I could hear…

“I’ve put a little bit of nutmeg at the bottom. Use it wisely” 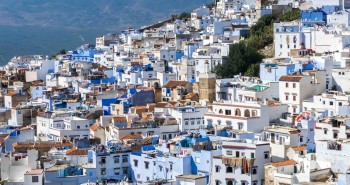